The Harmful Effects Of Smoking

Tweet
By Christine Wesson on July 19, 2012 in Harmful Effects of Smoking

What are the Harmful Effects of Smoking? 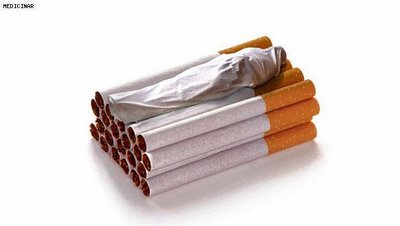 Of course we all know smoking kills and smokers who are in denial often say, “Well I could just as easily get knocked down by a bus.”  I know I used that well worn phrase many times when I was being warned by friends and family that my 40 a day habit would eventually kill me.  Smokers know they have to give up one day but it’s easier to put off the inevitable than to actually face it and do something about it.

Most smokers worry about cancer, the big C as its called by those who are scared of even speaking the word.  Cancer however could almost be preferable to some of the other debilitating illness that are brought on by smoking.  At least most people with lung cancer don’t live long and the illness, although dreadful is soon over.  Some of the other harmful effects of smoking can make the sufferer linger for years in pain and without any quality of life.

Emphysema is one illness brought on by constant smoking that can leave the sufferer with a very poor quality of life.  Sufferers gasp for breath and the constant feelings of shortage of breath are reportedly both frightening and debilitating.  I wonder how many of those who have suffered for years with lack of breath and no quality of life would have loved to have given up before they were forced to by their illness.  People who suffer with emphysema usually die of a heart attack as their overworked heart eventually enlarges and then gives out completely due to the constant struggle for breath.

Other long term smokers lose limbs and like my friends father often give up wanting to live after losing both legs.  How many limbless people wish they could go back just a year or two to the time they could have saved their limbs by stopping smoking?  Quality of life is greatly reduced when limbs are lost in later life.

Numerous heart problems are due to smoking and early deaths are attributed to those who smoke.  My own father was a casualty of smoking as were both of my grandfathers.  One of my grandfathers died of smoking related bronchitis aged 60, the other of heart failure after years of being chair bound aged 68 and my father died of a massive heart attack at the age of 54.  Both grandfathers stopped smoking when they ‘had to.’  My father didn’t stop in time.

Of course the best thing would be to never start smoking but once you have become addicted the sooner you admit it and stop the better.  If you’ve been smoking  a pack a day for years imagine the effects of smoking on your body?  The harmful effects of smoking include clogged arteries, the blackened lungs and the damaged voice box.

Another one of the harmful effects of smoking is on the voice, the vocal cords and the throat.  Throat and mouth cancers are on the increase, especially in women for some reason.  It’s not pretty to have a hole in the throat and to have to speak through a metal insert forevermore and to wear a permanent scarf around your neck.

When you first started smoking you may have thought it looked cool or macho but there’s nothing cool or macho about a person who’s dying of cancer or someone who can’t breathe.  Smoking has harmful effects that can end up claiming your life but you can also suffer terribly before you get there.

Hypnosis is one of the most successful ways to stop smoking there is and if you’d like more information on how you can stop email me on christine@makingpositivechanges.co.uk